Happy Fourth of July everyone! While I was not born in the U.S.A, I have called the United States my home for almost six years. In commemoration of the 241st birthday of this great nation, I decided to review an American beer today. What better beer to choose than one named after a founding father – Samuel Adams! 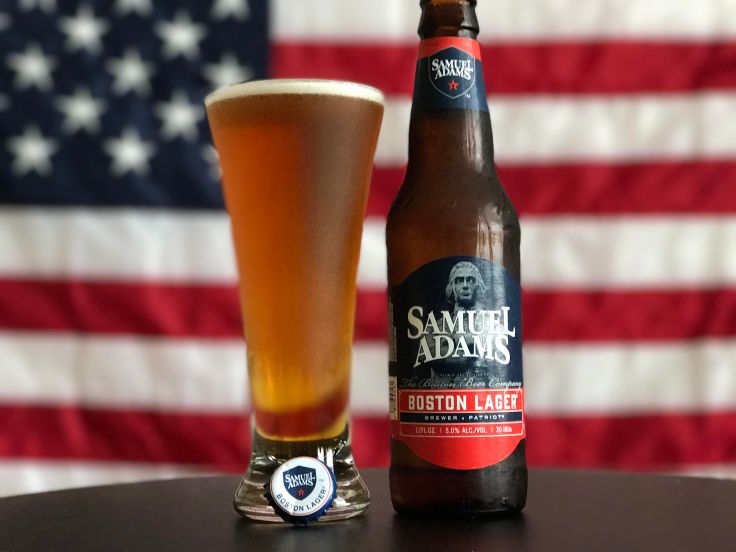 Samuel Adams Boston Lager has a transparent, light amber coloration. It has little carbonation and develops a small head when poured into a glass. Its aroma is fairly typical of the lager style of beer, with a malty-er smell that doesn’t contain too many hops.

Upon tasting Samuel Adams Boston Lager, the drinker is met with a typical light and smooth mouthfeel one would expect of a lager. However, Samuel Adams Boston Lager has a more complex flavor profile than most American lagers. The malty tones of the aroma translate to a fuller flavor and the aftertaste is considerably more bitter than many lagers. That said, it is not overly bitter in the grand scheme of things.

Samuel Adams Boston Lager reminds me of several European and Australian lagers, it is atypical of typical American Lagers such as Bud Light, Miller Lite and Coors Light. It maintains the light and crisp flavors of a lager while bringing in stronger flavors than I expected.

Samuel Adams Boston Lager is a great beer. It maintains the best aspects of a lager, while adding another layer of complexity that is not particularly common in the U.S. market. I would definitely drink this again and recommend that you try it.

In the spirit of Independence Day, what is your favorite American beer? Let me know!