It’s hard to deny the size and economic impact of America’s craft beer industry. In fact, the Brewers Association estimates that the 24.6 million barrels of craft beer brewed in the U.S. in 2016 contributed $23.5billion to the economy. 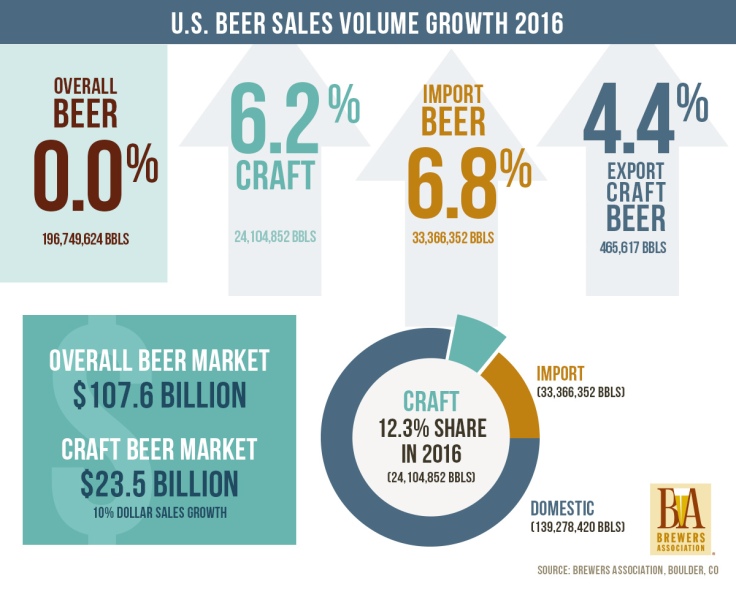 While craft brew has grown nationwide, some cities have become larger centers of influence than others. For example, areas of California and Colorado are known for being hotbeds of craft production.

In an effort to ascertain which cities were the true kings of craft, The Pudding’s Russell Goldenberg compiled a pretty nifty article presenting readers with interactive graphs, pulling cities’ quality (based on reviews) and quantities of craft beer. The top ten cities, look like this: 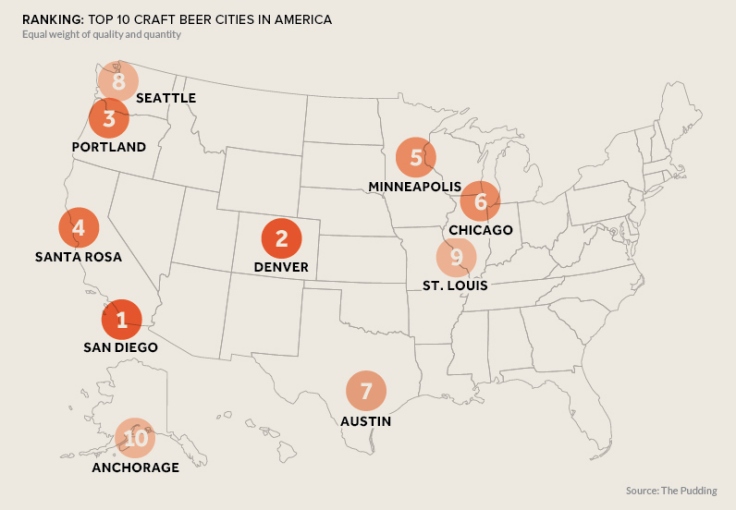 Some of these make complete sense. San Diego, home of Stone, Ballast Point and Green Flash is undoubtedly a hotbed of excellent brew. Same goes for Denver, home of Breckenridge, Great Divide and many more. Portland’s great reputation for beer precedes it (though I’ve only been able to sample Deschutes so far) and Santa Rosa is home to Russian River (think Pliny the Elder) and a number of other breweries I hear great things about.

As a resident of Texas who has not had an opportunity to visit many of these cities (Austin excluded, obviously), I was shocked to see Minneapolis and Anchorage make the list. The only Alaskan beer I’ve tried before was Alaskan Summer and I wasn’t overly impressed. Frankly, I don’t know much about the beer scene in Minnesota. 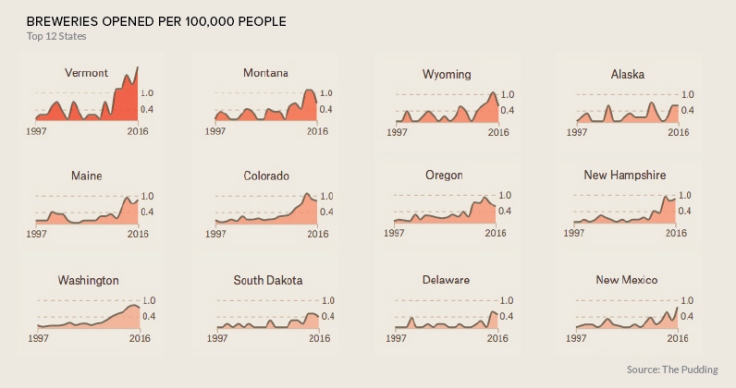 So while the figure for Vermont looks far and away stronger than the remaining states making up the top 12, with a population of ~625,000, the number only represents about 12 breweries in 2016. In the full website, Texas and Georgia rank 49th and 50th respectively for growth. They each show about .2 breweries per 100,000 people, or 1 brewery for every half million residents. This means about 56 new breweries opened in Texas and 21 opened in Georgia in 2016 alone.

That’s not to say that the per capita growth-rate of states such as Vermont, Montana and Wyoming isn’t respectable. It’s just that when you have populations of ~625,000, ~1million and ~586,000 respectively, that’s a whole lot easier to achieve.

Either way, I would highly recommend taking a look at the article Goldenberg put together on The Pudding. It’s an interesting look at the state of the craft beer industry.