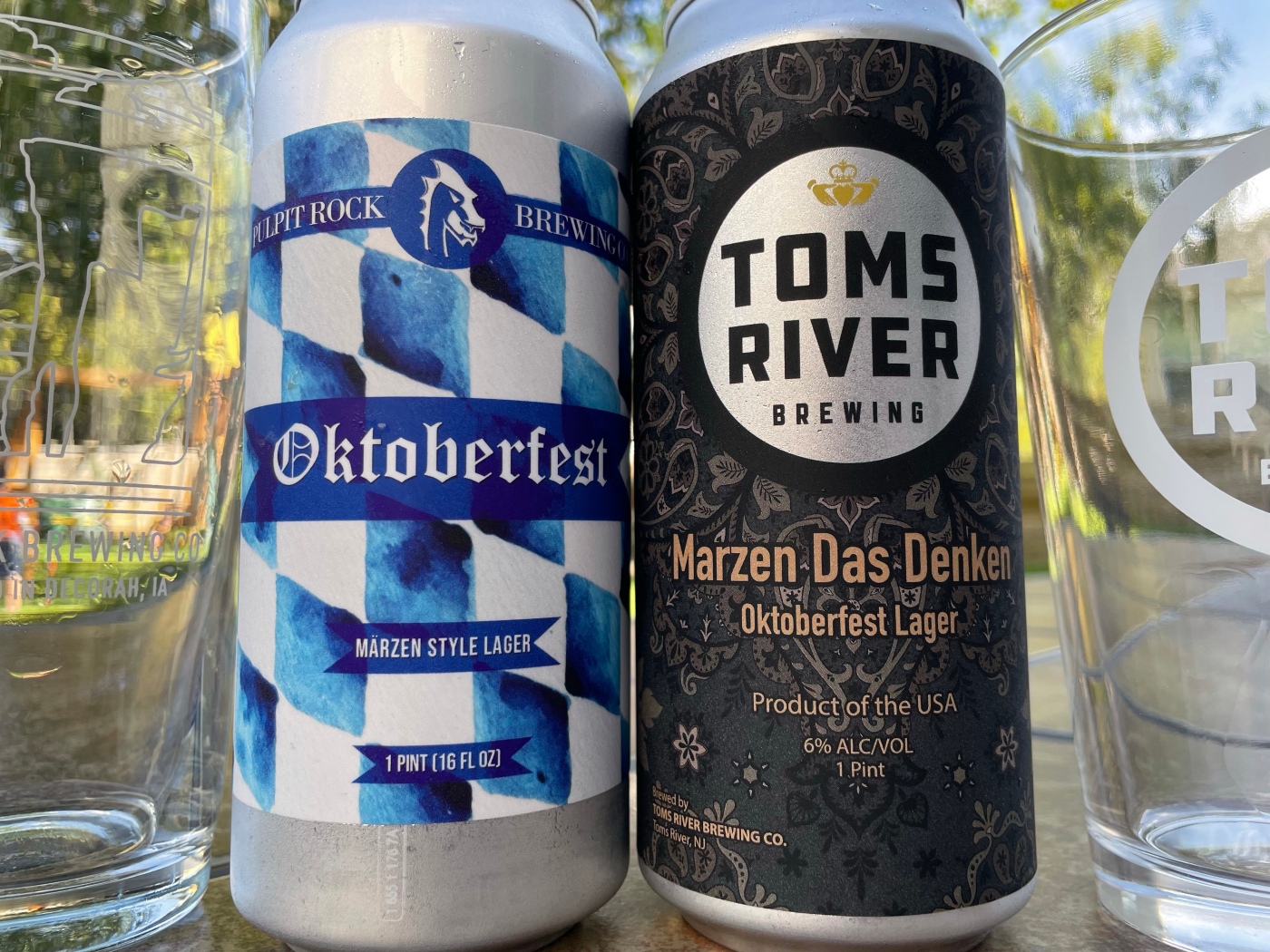 Both are first-time entrants of Master of Marzen, with Pulpit Rock besting Hi-Wire in Round 1 and Toms River progressing against Rahr & Sons. Let’s see how this one goes!

Pulpit Rock’s Oktoberfest features an awesome take on the Bavarian check we associate with Oktoberfest. The distressed, watercolor looking take on the two-tone blue is truly remarkable.

While I do enjoy both cans, this one has to go to Pulpit Rock. Their design is not only awesome, it’s a great take on the seasonal design elements synonymous with the style. Running total: Pulpit Rock 1-0 Toms River.

Marzen Das Denken offers a stronger aroma that is particularly malt heavy. It’s hard to explain the main aroma, outside of boiling wort.

While the intensity of Toms River’s brew is higher, I find the aroma of Pulpit Rock’s brew to be preferable. They take this point. Running total: Pulpit Rock 2-0 Toms River.

Pulpit Rock’s Oktoberfest opens with a bang, offering a uniform experience from front to back. A deep and earthy backbone of toasted malts is largely dry. A mild earthy profile holds in the aftertaste and builds a little between sips.

Marzen Das Denken is also a uniform experience, but it’s incredibly intense comparably. Deep and malty, it offers a mixture of sweet and earthy. A mild earthy bitterness holds on the backend but does not build.

As you can see above, Pulpit Rock is a much lighter colored brew that is more translucent. Toms River takes an edge with both head retention and lacing.

As always, the fifth criterion is decided by public polling on my Instagram story. Let’s see who is the People’s Choice.

As you can see above, Pulpit Rock took this point with 54% of the vote. Running total: Pulpit Rock 3-2 Toms River.

Toms River mounted a late comeback, but it wasn’t enough to best Pulpit Rock. Pulpit Rock now move onto Round 3 where they meet Telluride Brewing Company.