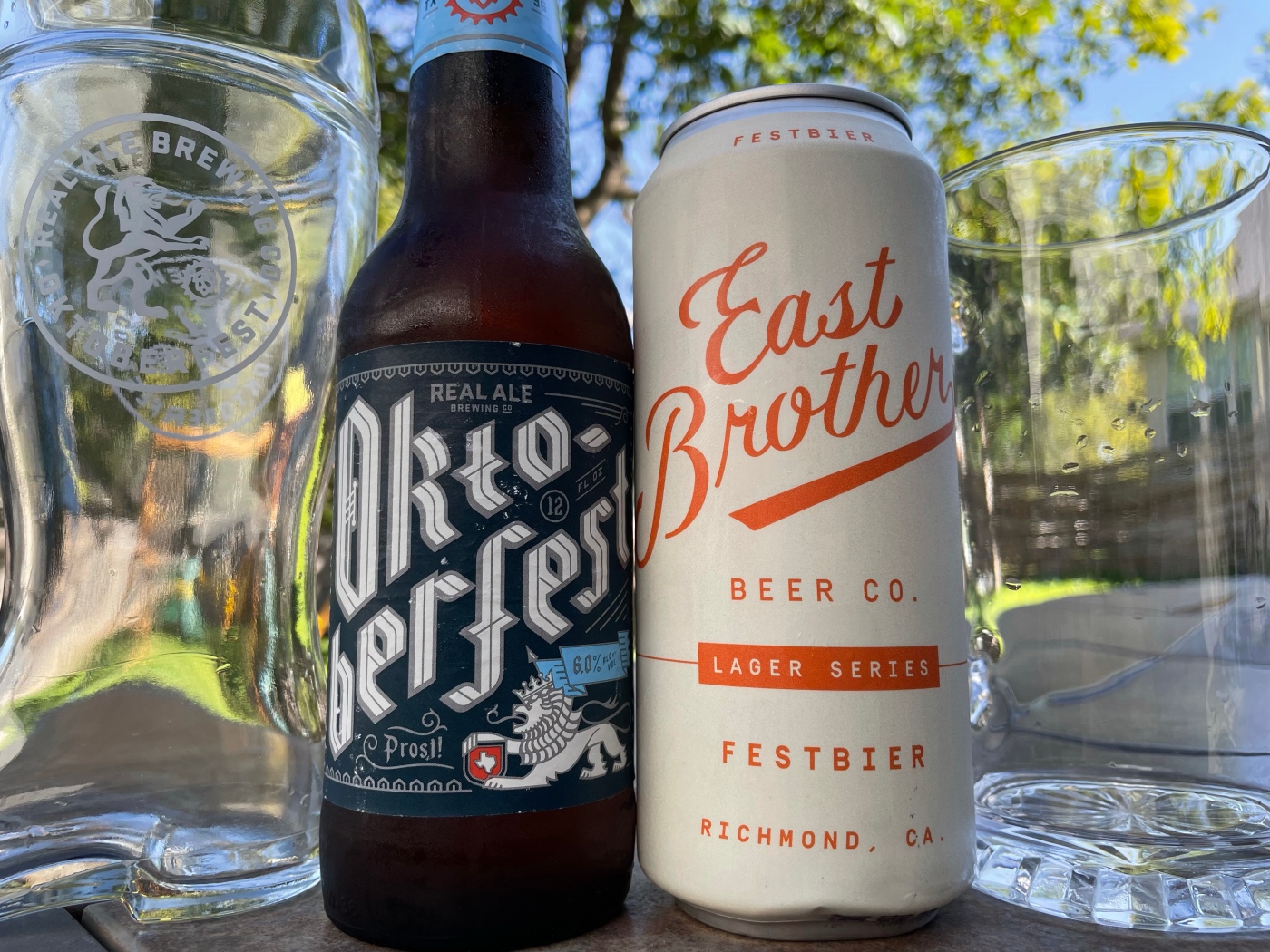 Real Ale returns for their third Master of Marzen tournament and qualified for Round 3 after their bout against Sierra Nevada. East Brother are first-time entrants who progressed from their previous round bout against DESTIHL. Let’s get rocking.

East Brother offers a clean, sleek and minimal can that’s very pleasing for the eye. An off-white background hosts limited, well-spaced and vibrantly orange text. The choice of colors talks fall, and ties together a particularly enjoyable label.

I enjoy both labels in their own way, but I’m giving this one to East Brother for offering a clean, sleek and eye-catching label. Running total: Real Ale 0-1 East Brother.

Real Ale’s Oktoberfest offers a sweet, malty and warm aroma of significant intensity. The sweet, biscuity malt and generous warmth both linger on the nose for some time.

East Brother’s Festbier also offers quite an intense aroma. Malty, thick and floral, a sweet and bright quality dominates the experience. It’s slightly warm too, but doesn’t linger as long.

Two very tasty smelling brews here, but I think the balance is preferable in the dryer and crisp malts of the Real Ale brew. Running total: Real Ale 1-1 East Brother.

Real Ale’s brew is uniformly flavored throughout. It leans into a clean and bready malt profile that combines well with a crisp, hoppy bitterness. The aftertaste is very malt heavy, and sees a slight hoppy accent. It retains well but does not build.

East Brother’s Festbier opens mild but sees a balanced mix of sweet malts and floral notes. It’s particularly smooth, leading to a mild and sweet aftertaste that recedes quickly to a very low sweetness that holds.

Real Ale offers a light, smooth and clean-bodied brew that coats the mouth quite liberally. The carbonation is fairly low, but just high enough to add a bit more refreshment.

As you can see above, Real Ale’s brew is the lighter colored of the two. Both are mostly translucent. East Brother holds a reasonable advantage on head retention and is the obvious winner in terms of lacing.

I think East Brother holds a slight lead on the mouthfeel and drinkability side that’s only bolstered by their edge in retention and lacing. Running total: Real Ale 2-2 East Brother.

Tied at 2-2, we turn to public polling to determine the People’s Choice.

Two excellent beers entered, but only East Brother will progress. Next, they face the winner of Chilly Water vs. Twisted Spike in their Round 4 matchup.