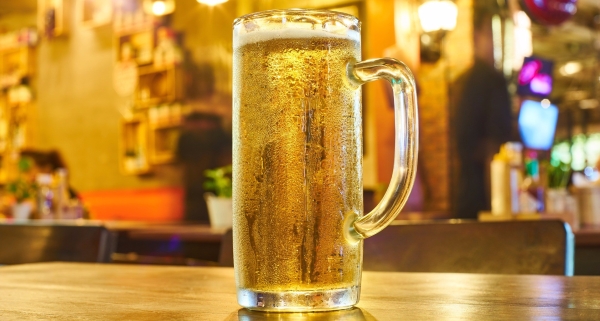 While China and beer aren't exactly synonymous, it has been brewed domestically since the turn of the 20th century. According to a recent article by the Washington Post, China accounts for one quarter of the annual worldwide beer consumption. And while brands like Tsingtao and Snow (once described as "a forgettable pale lager that doesn’t... END_OF_DOCUMENT_TOKEN_TO_BE_REPLACED

Over the past few years, many craft-beer enthusiasts have watched in horror as big beer conglomerates gobble up high-performing craft breweries. AB InBev, who owns brands such as Budwiser, Bud Light, Corona and Stella Artois, also owns ten (previously) craft breweries including Goose Island, Elysian and Wicked Weed. While, on the surface, it may seem that the slow and meticulous acquisition of high-performing craft beer brands is fairly innocuous and simply standard business practice, the results may be catastrophic to the craft beer industry.

AB InBev's North American CEO Joao Castro Neves warns of beer losing its throne as the largest American alcohol market segment as soon as 2030. This projection is based on statistics showing a dramatic 33% loss of market share in the 21-27 year old demographic between 2006 and 2016. In the former, beer made up 65% of total alcohol consumption, falling to just 43% in 2016.

House Bill 3287 was enacted in the State of Texas on June 15, 2017 and has caused a significant stir in the craft beer community. Growing breweries, and those considering opening their own businesses, are concerned that the new legislation could scare off potential investment. The reason? The bill requires all Texan based breweries who produce 225,000 barrels (5805718.09 gallons) of beer annually to pay a distributor to deliver their beer, even if it's to a taproom in the same facility.

In recent weeks, I've talked at length about AB InBev's rocky relationship with craft beer as it adjusts to stem the bleeding caused by a growing thirst for craft beer. But recent news of significant staff cuts comes with a revised strategy when it comes to craft breweries.

Hey there everyone! Here's an overview of some of the beer-related news you may have missed in the last week. Beer proof kicks, for the good of beer, easier to get beer in georgia, recycled beer, beer protest, hurricane harvey.

U.S. News recently published an article explaining that AB InBev employees have access to facilities allowing them to small-batch brew their own beers. As part of team building exercises, groups of employees compete to create the tastiest beers in the "Star Shop Brewery" facilities.